The Importance of Environmental Justice

The environmental factors surrounding communities has a large influence on health. Studies have shown that people who live by hazardous waste sites have increased health risks. Large industries targeted low income neighborhoods and minorities to place hazardous waste sites due to less resistance according to a 2015 study by Paul Mohai of Michigan’s School of Natural Resources and Environment and Robin Saha of the University of Montana. Without proper government intervention in these situations, great leaders in history took action.

Frederick Douglass led the abolitionist movement before civil rights. Douglass argued slavery was immoral and detrimental to the commons during the Free Soil movement. He embodied the idea that social justice, the economy and the environment are linked in one system.

More recently, Dr. Robert Bullard has continued to advocate for cleaner communities in lower and middle class residences. He is known as the “father of environmental justice” movement today. Bullard continues to try to bridge the gap between race, health and location.

Black environmentalists at the University of Maryland continue to search for groundbreaking ways environmental factors can increase health. Here are two environmental heroes making a difference in communities through research, community work and innovation. 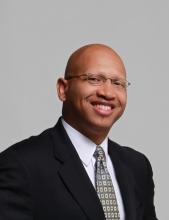 Dr. Sacoby Wilson is an Associate Professor in the School of Public Health, University of Maryland-College Park. Wilson founded the Community Engagement, Environmental Justice and Health (CEEJH) in an effort to develop community-university partnerships to increase environmental justice in communities. He leads projects that monitor existing health risks for users of the Anacostia Watershed. His efforts have helped communities in DC and created opportunities for residents to understand the health risks of their environment.

Dr. Wilson's work was featured in the 2014 SustainableUMD Magazine. 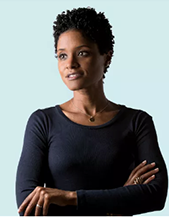 Dr. Jennifer Roberts is an Assistant Professor in the Department of Kinesiology and a Faculty Associate at the Maryland Population Research Center. Roberts relates how built environments affect the health of adults and children. In the past, Roberts experienced how environmental factors affected her own health and productivity. As laboratory director of Public Health Outcomes and Effects of the Built Environment (PHOEBE) Laboratory, she studies the impact the environment has on human health and well-being.

Professor Roberts' work was featured in Terp Magazine in 2017.